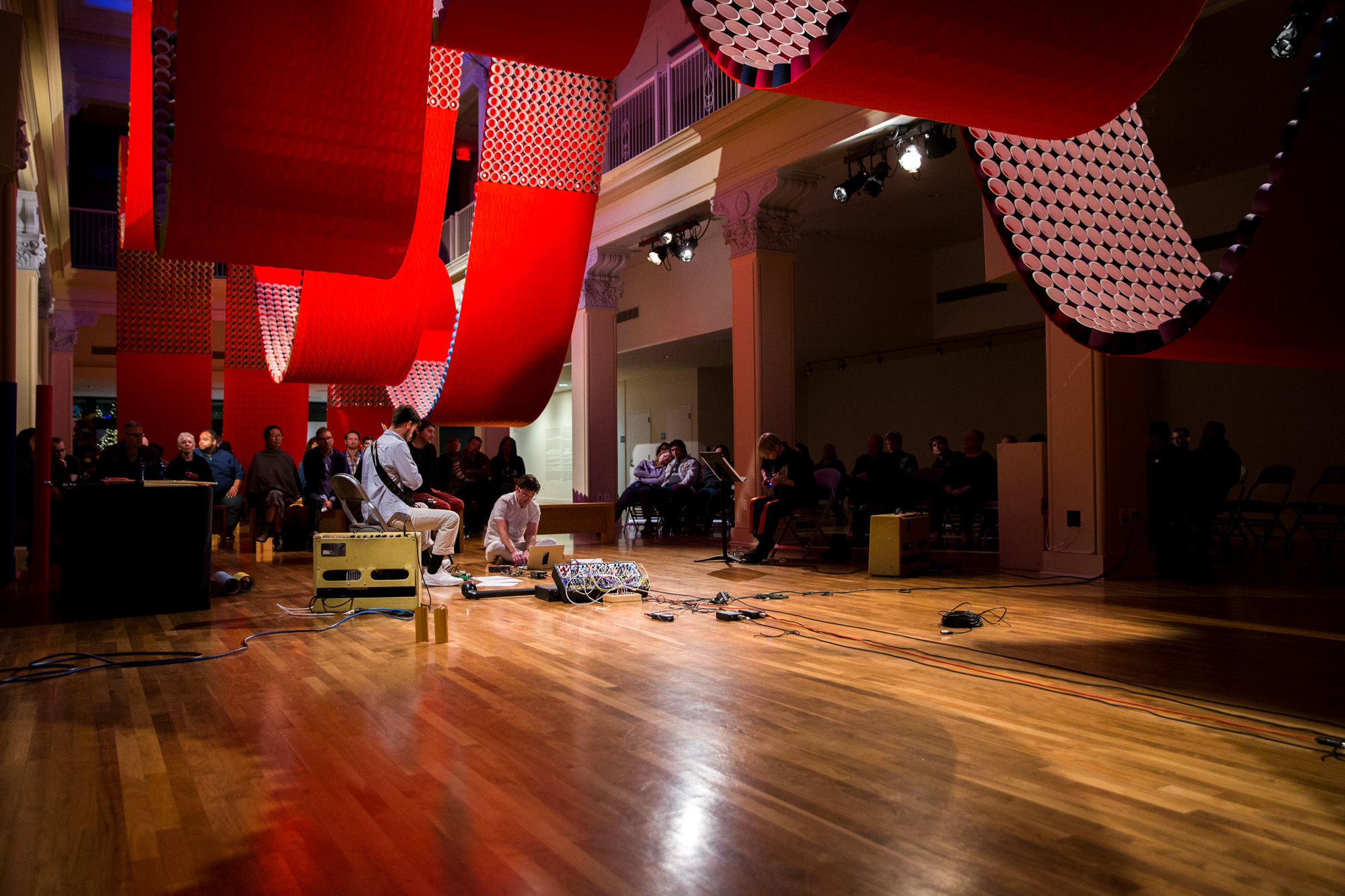 Composed by Erika Bell in collaboration with Andrew Young and Eric Heep.

The Culver Center for the Arts presented an evening sound event in conjunction with the exhibition Red Carpet in C on December 15, 2018. Collaborators, artist Yunhee Min and architect Peter Tolkin (TOLO Architecture) invited two groupings of composer/performers to perform in and around their large-scale installation that fills the Culver’s historic atrium.

Erika Bell is a Los Angeles-based composer drawn to intuition, preference, and the personal. The combination of these things filtered through her compositional process often result in works that are spacious, textural, and melancholy. Her work is lightly focused on textural construction, irregular ensemble groupings, and a structure-based approach.

Andrew Young enjoys drinking coffee, playing with computers, and experimenting with sound and image. His most recent musical practices explore the sensation of noise in recorded media.

Eric Heep is a performer and composer in Los Angeles. His work generally includes incorporating existing technology in novel ways, coding, and experimental and procedural sound. In his work, he strives to expose the processes and form of natural phenomena.

Red Carpet in C, a collaboration between the artist Yunhee Min and TOLO Architecture, is conceived as performative architecture; a translation of music into three-dimensional architectural form. Constructed of fabric and paper tubes, its soft, undulating parabolic shape is set in visual relief against the classical proportions, meter, and time signature of the museum’s historic atrium.