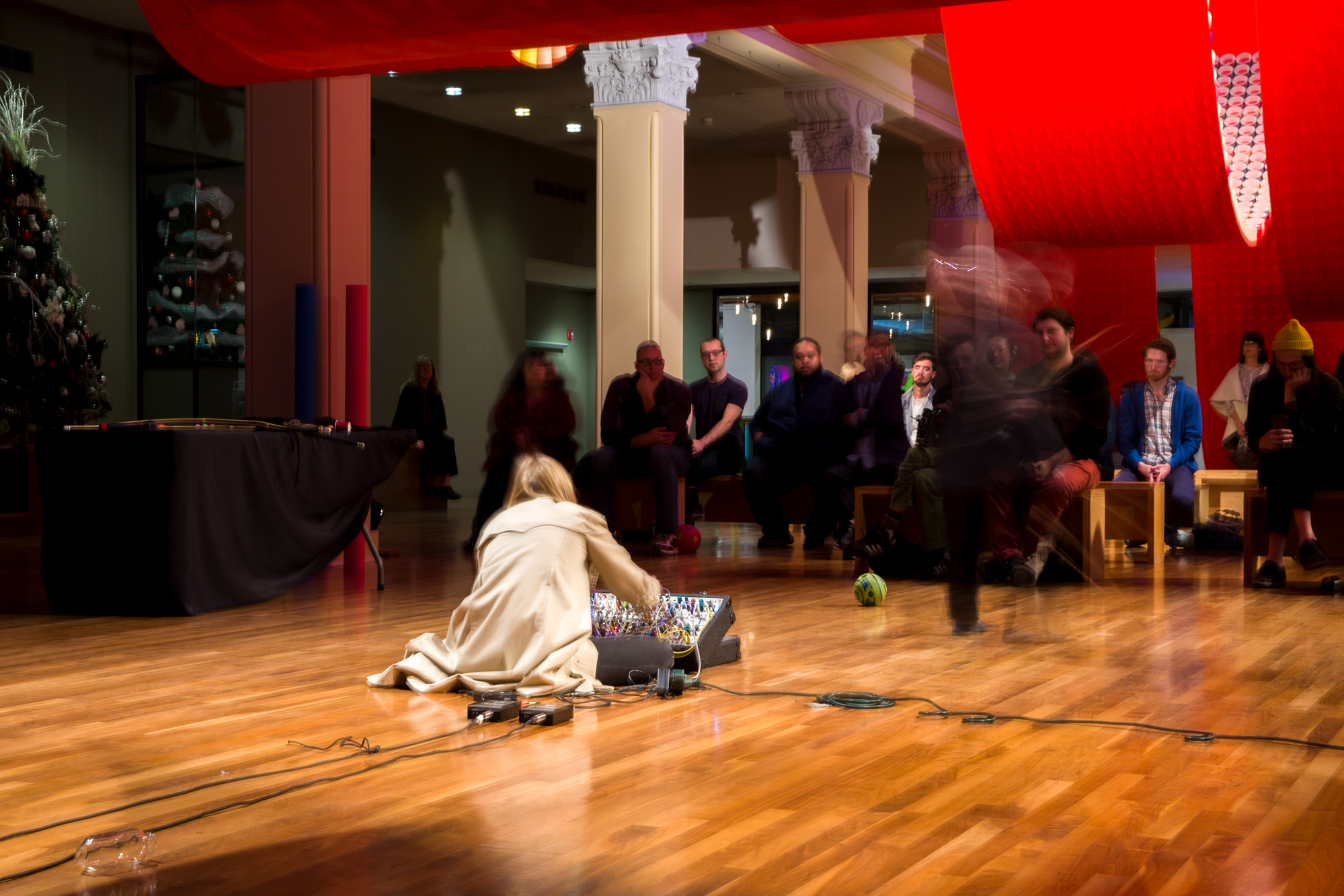 Collaborators, artist Yunhee Min and architect Peter Tolkin (TOLO Architecture) invited two groupings of composer/performers to perform in and around their large-scale installation that fills the Culver’s historic atrium. Susie Kozawa, a sound artist, composer and performer, works mostly with sound collages and site-specific installations, in which the gathering of sounds is a primary activity. She explores different acoustic spaces using musical instruments she makes out of found objects, kelp, modified toys and human voice. Angela Frances Wilson is an interdisciplinary artist, and composer working in Los Angeles. Her practice is built at the intersection of healing art, and experimental music. Using digital and analog mediums, they investigate modes of perception, and the impact of uncertain hybrid space. Ang’s lowercase sound composition blurs the lines between ambient, noise, field recording, and New Age to explore liminal sonic space as an expansion of self and reality.

About Red Carpet in C: Music, primarily a medium of time, is usually played in a space, while architecture, primarily a medium of space, embodies time through the activities of its inhabitants. Goethe described this relationship as “Music is liquid architecture; Architecture is frozen music.” Red Carpet in C, a collaboration between the artist Yunhee Min and TOLO Architecture, is conceived as performative architecture; a translation of music into three-dimensional architectural form. Constructed of fabric and paper tubes, its soft, undulating parabolic shape is set in visual relief against the classical proportions, meter, and time signature of the museum’s historic atrium.