UNCAGED: HERO FOR HIGHER is a critical race design installation that actively engages with and analyzes Marvel's Luke Cage character and his history as a representation for black masculinity in American comics culture.

BLACK KIRBY is a collaborative “entity” that is Stacey Robinson (Assistant Professor of Graphic Design and Illustration, University of Illinois at Urbana–Champaign) and John Jennings (Professor of Media and Cultural Studies, UC Riverside). Black Kirby functions as a rhetorical tool by appropriating comic legend Jack Kirby’s bold forms and energetic ideas combined with themes centered around Afrofuturism, social justice, representation, magical realism, and using the culture of Hip Hop as a methodology for creating visual communication. It also utilizes the notion of an alter-ego as a symbolic allegory for DuBoisian “double-consciousness” theory. This collection of work samples from Kirby’s style but also remixes it with the formal and conceptual influences from many other artists, pop culture, and artistic expressions. In a sense, Black Kirby uses the comics medium as a conceptual crossroads to examine identity as a socialized concept through bricolage, pastiche, oppositional juxtapositions, and deconstruction. It is the artists’ hope to destabilize various ideas of “blackness” in order to promote a broader spectrum of black subjectivity. They are also interested in examining its performance via their practice which is highly informed by their theoretical construction called Critical Race Design Studies. 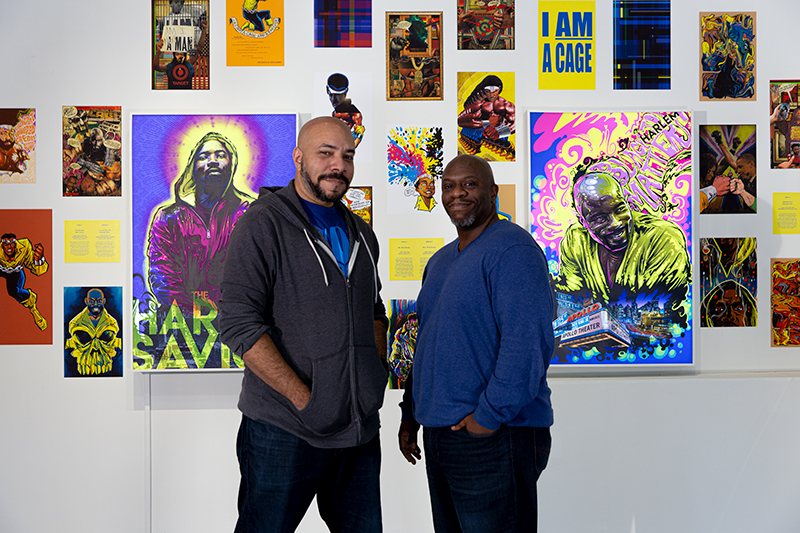 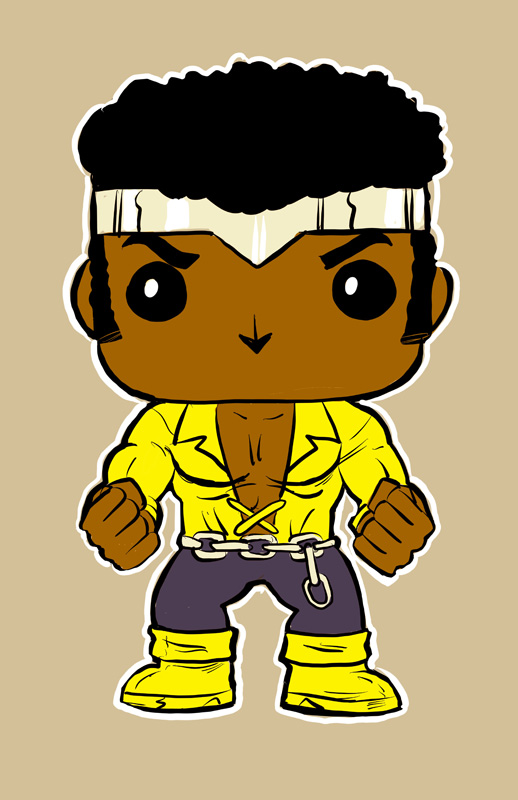 UNCAGED: HERO FOR HIGHER is guest curated by Dave "D.W." Griffith of Pop's Barber Shop (Harlem, New York) and organized by Black Kirby and UCR ARTS. UCR's College of Humanities, Arts and Social Sciences and the City of Riverside provide support for UCR ARTS programs. This exhibition is co-sponsored by the Piranha Jones Memorial Foundation.

Thank you to our sponsors: UCR College of Humanities, Arts, and Social Sciences, and the City of Riverside.