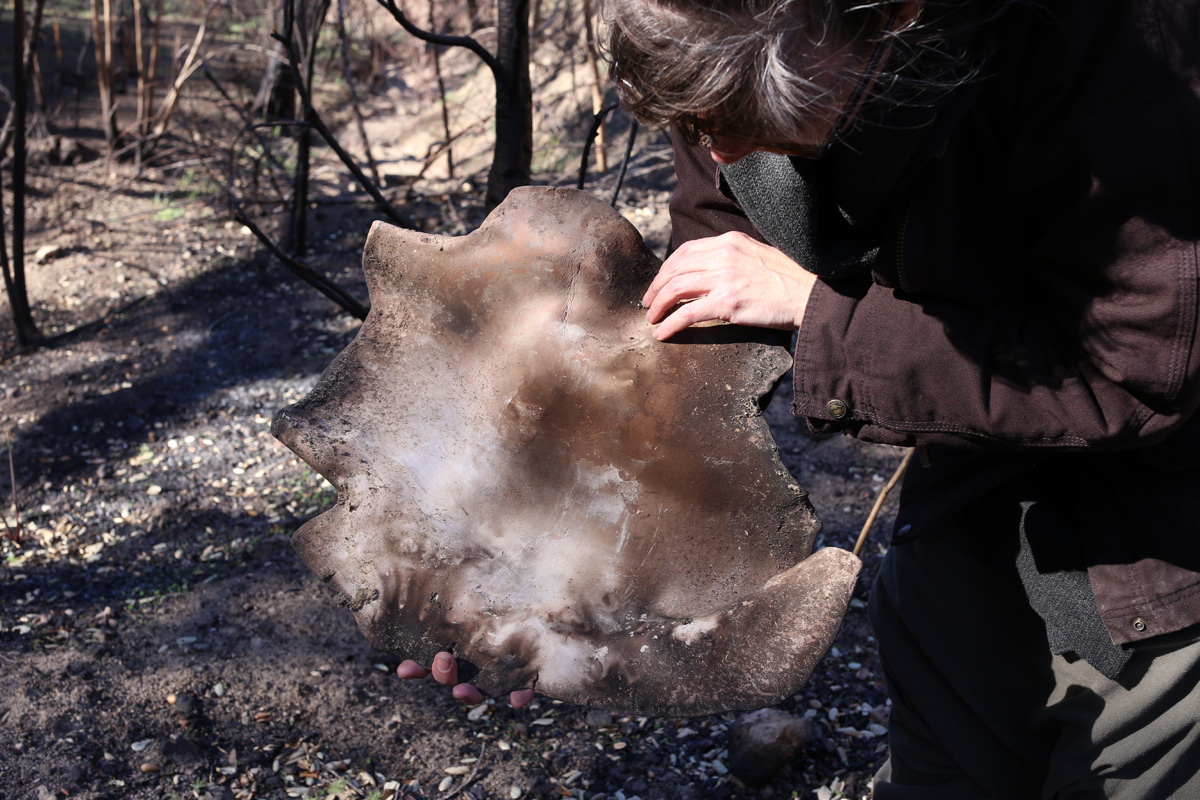 In September 2008, artist Anna Mayer placed a dozen unfired ceramic sculptures into valleys and hillsides along the Malibu coastline. She intended them to be fired by wildfire. They were raw, crumpled, torso-sized slabs inscribed with text. For ten years, the work existed as a proposition, a conceptual gesture. Annually, Mayer posted a set of postcards acknowledging the project. In 2014, she made a series of watercolors to imagine what the ceramics might look like when they came out of the landscape. She lived, she says, “knowing that the work might not fire in my lifetime.”

Malibu is “the wildfire capital of North America and, possibly, the world,” writes social historian Mike Davis. “At least once a decade a blaze in the chaparral grows into a terrifying firestorm consuming hundreds of homes in an inexorable advance across the mountains to the sea.” In November 2018, the Woolsey Fire burned 96,000 acres, destroyed 1,643 structures, killed three people—and fired six of Mayer’s sculptural pieces. She recovered four.

The artist identifies multiple themes in the work: the politics of affluent homeowners who build in fire-prone landscapes, “this moment of planetary reckoning,” Ecofeminism, a desire to produce land art on a human time scale, women, desire, “and the act of waiting,” connections to the history of ceramics.