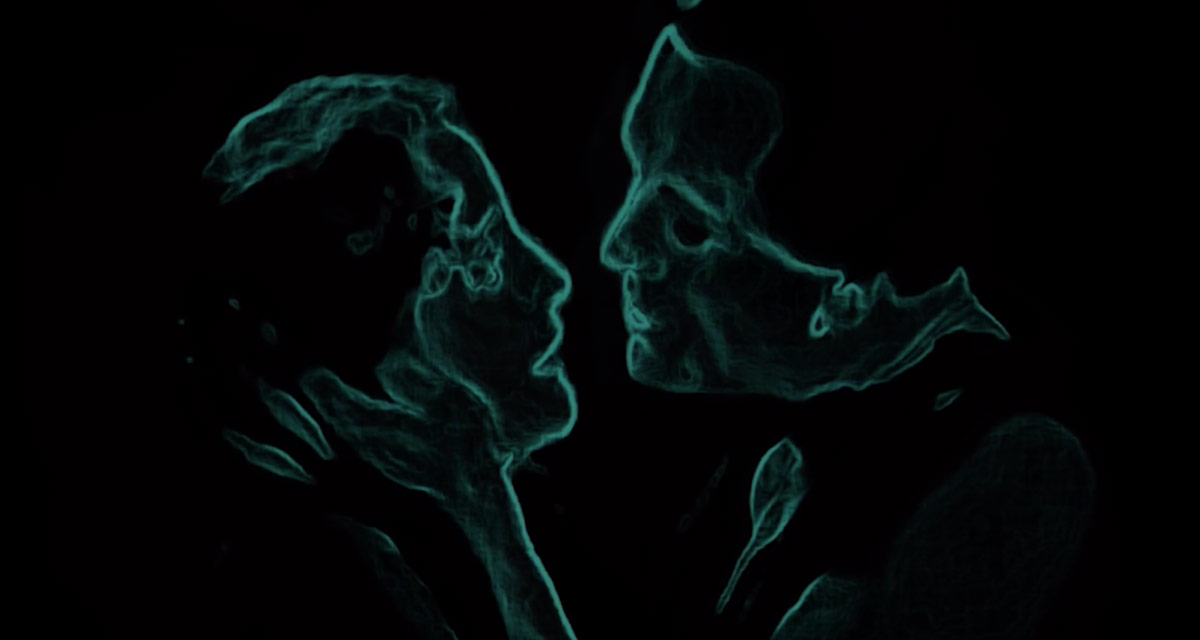 It is a piece that poetically explores the theme of “Soul” in the field of artificial intelligence, correlating music, poetry and the Maschinenmensch character from “Metropolis”. The declamation of “Thy Soul”, poetry by André Kisil (1922-2017) – grandfather of Vitor – was recorded in the 1960s but the tape was found only recently in 2017. In “Metropolis: Thy Soul” it is alternated with an English version recorded for this video by Sophia Tomazelli. Several layers of performance compound the piece. The images were generated through interactive processes in MAX and then mounted in a video editing software. The music uses a live piano, sounds of cymbals recorded with a piezoelectric sensor, electric sounds generated by hardware hacking the circuit of a portable radio and a melody played on the musical saw. The live piano plays along with these sounds, all combined and processed in audio editing software.

Vitor Kisil is a composer, performer and researcher on different forms of musical art such as interactive works, music for short films, and musical composition and performance. He holds a degree in Music from the University of São Paulo (ECA/USP) and teaches “Electronic Music Production” at the University Anhembi Morumbi in São Paulo. He actively participates on groups of interactive art as composer and designer of tools for live audio composition and processing. He participated in several national and international projects of contemporary music and digital arts.