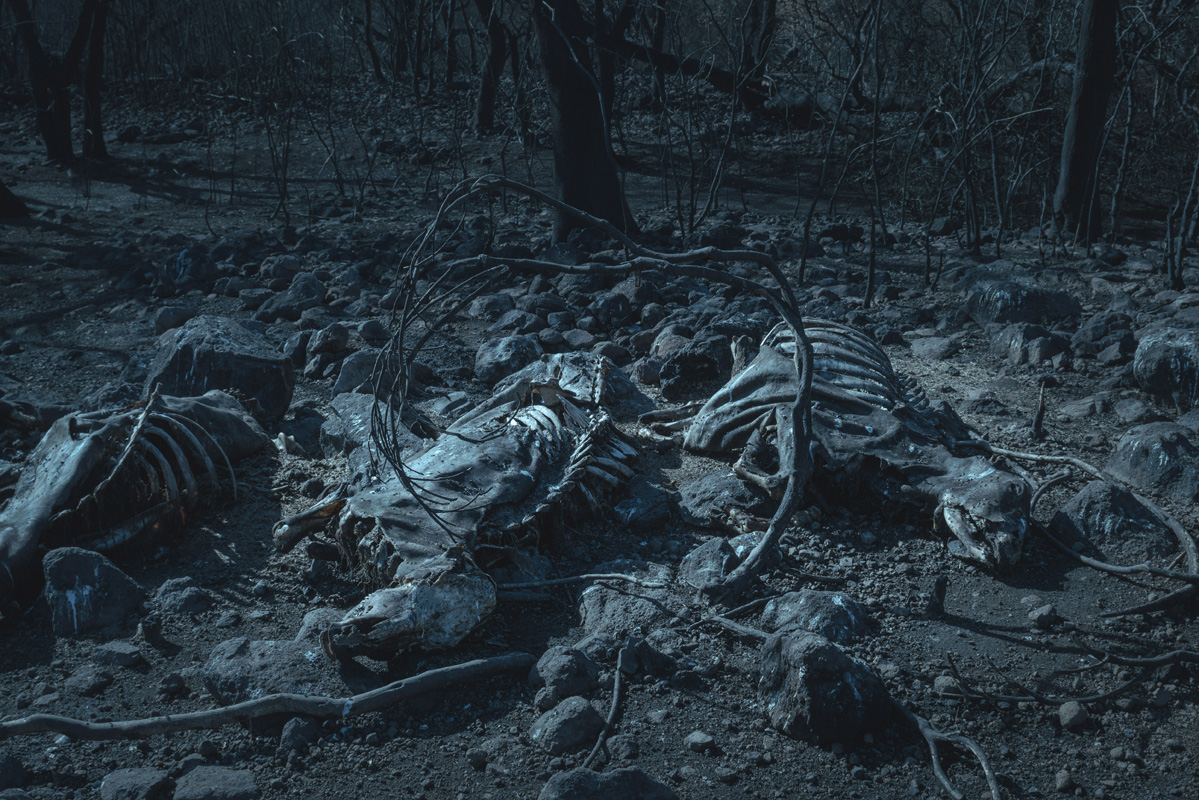 Jeff Frost operates along what he calls the “creation–destruction” spectrum. “Contemplation of extinction” is how he characterizes his video-sound piece California on Fire. “A window into the violence we are facing at the hands of the environment we have shaped for ourselves.” The piece is a meditation on destruction and loss. Five chapters are based on the stages of grief: denial, anger, bargaining, sadness, and acceptance. (For the first two years of the project, Frost’s working model was more directly violent: Dante’s Inferno—wild storms without rest, billowing black clouds, rivers of boiling blood and fire.) The ultimate form of destruction is that which we inflict on the planet.

The piece was a five-year obsession. Frost took extreme firefighter training and gained full access to more than seventy fires across the state. He came away with thirty terabytes of image and sound and some 350,000 photographs. California on Fire skews time. He uses frame rate distortions and time-lapse sequences to pause or accelerate, releasing flames to spread with consuming speed. Frost mixed the audio track from his own field recordings: dispatch chatter, helicopters overhead, electronic pulses of emergency lights, fire, flame, and wind.